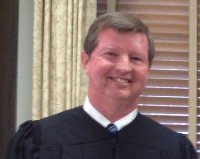 A graduate with a bachelor’s degree from Duke University in Business Administration and Anthropology (1975), Judge Wheeler is also a multi-rated instrument pilot, a certified Underwater Diving Instructor with both NAUI (National Association of Underwater Instructors) and PADI (Professional Association of Diving Instructors), and prior to having both knees replaced, was a certified and trained soccer coach and a certified Skiing and Ski Patrol Instructor. As an Automobile Dealer for 14 years (Volvo, Honda, Kia and Nissan franchises), he was the recipient of the Honda President’s Award for Outstanding Performance and held the highest customer satisfaction rating for the entire United States. He was also a member of Volvo Finance’s Select Committee and was honored to serve on the Board of Directors for American Honda Finance.

Mr. Wheeler owned and operated his own consulting company from 1977 to 1996 which provided training and operational management expertise to retail automobile dealerships throughout the United States, Canada, and Europe as well as conducted seminars and training for most major auto manufacturers including General Motors, Ford, Jaguar, Honda, Mercedes Benz, Subaru and Volvo. Published frequently, he was also featured on the cover of Automotive Executive as well as being a speaker for the National Automobile Dealers Association’s (NADA) conventions in San Francisco, New Orleans and Las Vegas. He also conducted numerous seminars and produced training videos for NADA throughout the United States as well as for many State Dealer Associations.

After selling Wheeler Management Associates in 1996, Mr. Wheeler then took charge of Reynolds & Reynolds Consulting Practices Group based in Dayton, Ohio where he combined the firm’s three separate organizational groups into one. That, along with the training and guidance he provided, allowed Reynolds & Reynolds four hundred plus consultants to then utilize their expertise in a concise, integrated approach to the company’s client base of more than 6000 automobile dealerships country wide. At this point in his career, David then retired from consulting and then purchased the former Fuller Automotive Group in Easton, Maryland which he successfully operated for 14 years and allowed him more time to be with his family and friends on the Eastern Shore of Maryland.

As a resident of Talbot County, Maryland, David Wheeler has an extensive list of accomplishments. He chaired the Easton High School Tech Committee for 14 years and helped it to incorporate AYES (Automotive Youth Education Systems) which led the Easton High School being selected as the AYES School Program of the year. Through his dealerships he awarded the Teacher of the Year a new car every year to support their success and was also a member of the teacher selection committee. By the way, this program was also done by Mr. Wheeler in Dorchester and Queen Anne counties. A certified Scoutmaster and Webelo’s leader for more than twelve years, (Awarded as Scoutmaster of the Year and inducted into the Boy Scouts ‘Order of the Arrow’), he also was a soccer and lacrosse coach for 6 years. In addition to be a member of numerous civic organizations, David was given the following recognitions for his contributions to the community; Outstanding Business Partnership by the Maryland Department of Education, Recipient of the Golden Apple Award for Community Service by Peter Franchot for the State of Maryland, as well as Talbot County Large Business of the Year. He established and continues to be the driving force behind a yearly new bicycle donation program with the Maryland State Police for their Holiday gift giving service that last year alone provided new bikes for over 300 kids and to date more than 2800 have been given away locally. A sponsor of Easton Little League Baseball, the Town of Easton’s 4th of July Fireworks, the Title sponsor of the Bay Bridge Walk for 10 years, a sponsor of the United States Naval Academy in Annapolis, MD, and served on the Board of Directors of the Critchlow Adkins Children’s Centers. 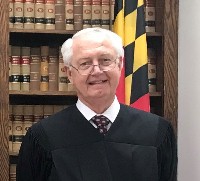 • Talbot County Ethics Commission, 2014 to 2020
• Talbot County Short Term Rental Review Board (2019)
Judge Hall is an active reader of history and current events and is soon due to complete his second three-year term on the Talbot County Historical Society. He is often an unsuccessful fisherman. He is married to Doris R. Hall and maintains his home in Easton.